The governor of Massachusetts approved the incorporation of Riverside Cemetery in 1841. In 1846 and 1847, Warren Delano II bought fourteen acres of Jonathan Nye’s farm, which he donated to the cemetery when it was incorporated and consecrated in 1850. Delano purchased five more acres, the lower part of Cyrus Peckham’s farm, in 1889 and presented the deeds to the corporation. More land has been added over the years, and the cemetery now comprises forty-four acres. It is nondenominational and is operated by a board of trustees elected by the lot owners.

The first person to be buried at Riverside was Mary E. Delano, on August 6, 1850, and the first monument erected was that of the Atkins Adams family. However, many of the stones and graves predate the cemetery. In 1880 and 1881, remains and stones from the Railroad Burial Ground, now Willow Park, were moved to Riverside and other cemeteries. The oldest stone, that of Captain Caleb Church, is one of these. He died on February 9, 1771. Other notable monuments include the Delano family tomb, designed by Richard Morris Hunt (1859); the Rogers mausoleum (1893), designed by Charles Brigham, the architect of the Rogers buildings in the town center; and the Greenland boulder that marks the grave of artist William Bradford (1896). A monument for Fairhaven’s Civil War dead was dedicated in 1867.

In 1881, the corporation had a cottage built for the superintendent. It was designed by the Boston architectural firm Rotch and Tilden. The cemetery has been superintended since 1931 by three generations of the Reid family, who live in the cottage and are responsible for the cemetery’s maintenance. Other improvements have included widening and paving roads, fences, a tool house, and extensive planting of trees, shrubs, and flowers. A crematorium was constructed in 2000.

In the tradition of naturally landscaped “rural cemeteries,” Riverside boasts locust, cherry, cedar, red maple, tupelo, gingko, sweet gum, birch, mulberry and many other trees. A letter to the editor of the Free Press in November 1994 described Riverside as “Fairhaven’s unofficial arboretum.” 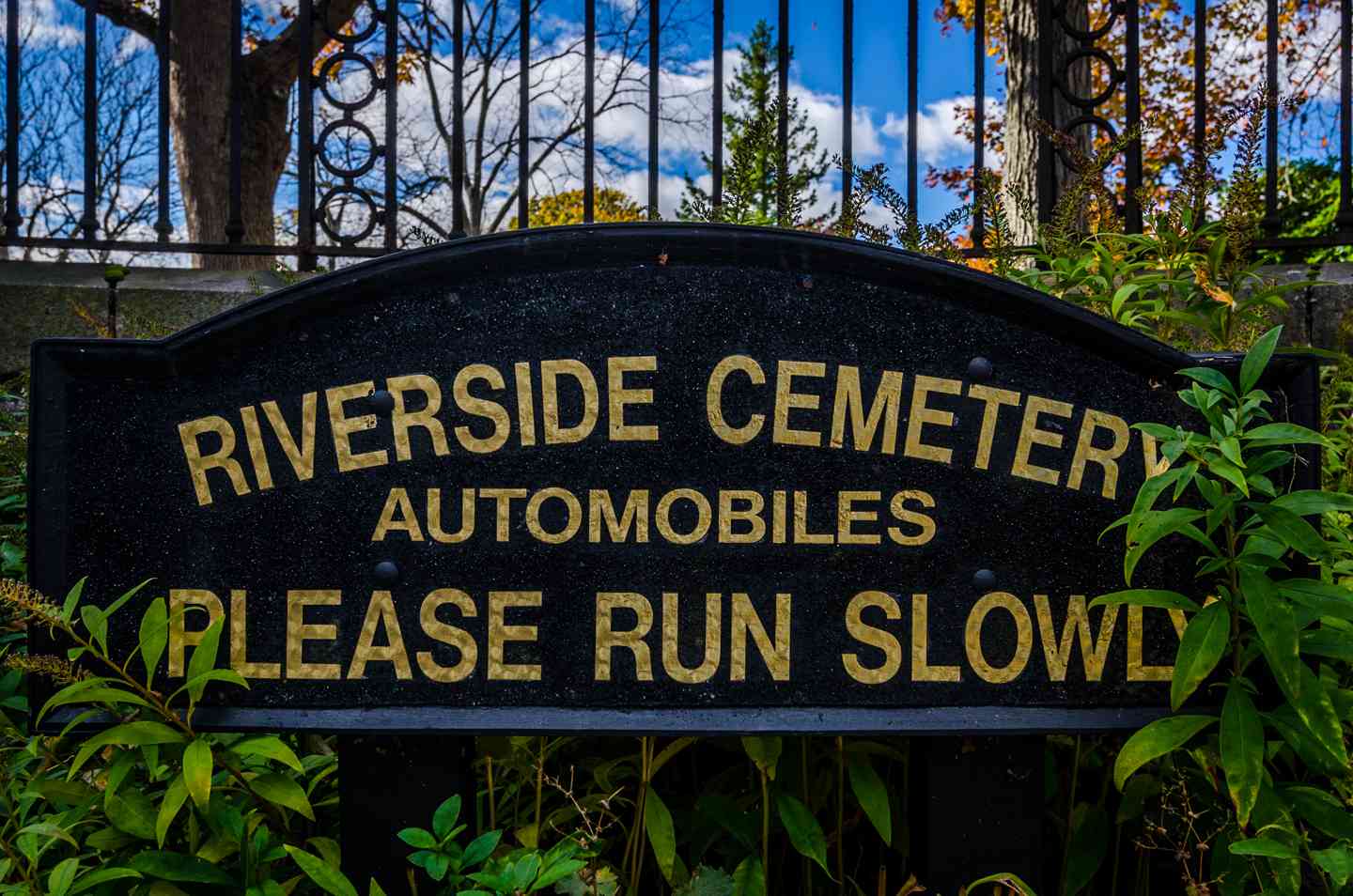